When you’re flirting it often seems like every terrible thing that could possibly happen has triple the chance of actually happening. Every ounce of awkward in your body tends to bubble to the surface and rear its ugly head. All that awkwardness has a habit of sneaking up on you so sneakily that you have no idea that you’re going to do something stupid until it happens and ruins any chance you had of getting laid. I annoyed my friends and family until they finally caved and told me some of the most embarrassing tales of flirting fails I’ve ever heard. Enjoy!

When you have perpetual bitchface: I tried to give this guy at a party a sexy-over-the-shoulder look. He tapped me on the shoulder and apologized for whatever he did because I apparently gave him the dirtiest look he’s ever gotten.

When you forget how to walk: I was walking along the side of a popular swimming hole with these cute girls when I slipped and smacked my shin on a rock. They asked me if I was okay and before I could reply I slipped again and hit my leg in the same place on another rock. I tried to convince them I was fine and not to leave while lying on the ground writhing in pain, but they just walked away.

When you think you’re super sexy, but are super creepy: I was out at a bar and saw this guy from across the room, so I started looking over at him every one in a while. So he walks over to me, and I’m excited because I thought my eye-flirting worked. Instead, he was super annoyed and told me to stop staring at him before he stormed off.

When you’re a total dancing queen(?): My friends and I were dancing at this club. I was really feeling myself and started getting really into the music. I’m a pretty great dancer; I was on the dance team in high school. I guess I was having an off night because a really hot guy came up to me and told me just to stop because I was embarrassing myself.

When the booty’s got you fooled: My boyfriend and I went to a family function of his recently. We were drinking a little and having a whole lot of fun but at one point we got separated. I wove through everyone until I found him by the food. I thought I’d be cute and cheeky by grabbing his butt from behind. Unfortunately, for me his identical twin was dressed similarly to his bro. I ended up grabbing the wrong twin’s ass. Yeah, that happened. And guess what? This isn’t the first time something like this has happened…

When you’re the victim of a group cockblock: My guy friend and I started a little friends-with-benefits thing a couple of months ago. We were sitting in the living room with all of our friends hanging out after he came back from traveling around the country. We tried to get up and casually go back into my room to rekindle things, but as soon as we made our move, my roommate totally called us out. Her and all of our friends openly teased us and made us keep hanging out with the group. I didn’t get any that night.

When at least you have decent aim: My bros and I were at a party, and we started getting pretty fucked up. I was taking shots and dabbing all night. There were these pretty cute girls there, and they started coming on to my buddy and I. We were sitting on the couch, and one of the girls was sitting on my lap. I was so gone that before I could even control my body, I projectile vomited over her and onto the floor. The look on her face was priceless.

Ready to start flirting online?  Head over to cupid.ly to download the #1 new dating app of 2017. 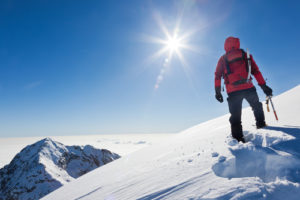 Hello everyone, my name is Austin and I have been climbing mountains for about 6 years now! I have gone all over the world to pursue my goals and my dreams. I first got into mountain climbing because my dad did it all the time while I was growing up. My parent’s had me fairly young so once I got older my dad was still able to take me along to all his adventures. When I got older was when we actually both started to climb these massive mountains. I was about 18 when we climbed our first mountain. We climbed the Half Dome in Yosemite. It was definitely life changing and from there on out we were obsessed. My mom couldn’t get us to stop talking about it! We trained very hard and long to make sure we were in the best shape to conquer these mountains. I hope that my blogs inspire you in some way and that you find it interesting! Thanks for reading. 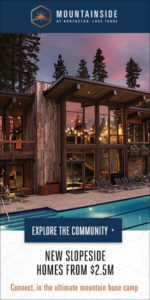